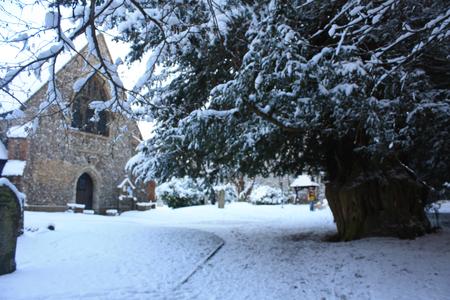 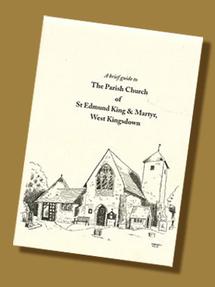 HISTORY OF THE CHURCH

Most historians suggest that the oldest part of the church was built around 1030 AD - before the Norman Conquest in 1066 and thirty years before the construction of Rochester Cathedral - but the first known record occurs in the Textus Roffensis, a schedule of buildings within the Diocese of Rochester made in 1120.

Some authorities indicate that the Church probably began its life as a private chapel built by the Saxon Lord of the Manor. It is also considered possible that it was once surrounded by a small Saxon village - wooden dwellings long disappeared.

Kingsdown became a  Parish in 1265 and the list of Rectors, to be seen on the North wall of the Church, dates from that time.

The tower occupies an unusual position in that it is at the South East corner of the Nave instead of the more usual North side.  Built of native material from the North Downs the absence of quoin stones is held to indicate its great antiquity.

Perhaps the greatest of the Church’s treasures is the little Norman window on the South wall. The glass is modern because the opening was not discovered until 1908 when workmen were removing some of the external rendering. Beyond the rounded arch the bricklayers discovered the splayed reveals and the medieval paintings we see preserved today.

This window decoration was dated as 1110 by Dr C R Dodwell, who was then the Librarian at Lambeth Palace and an authority on 12th century art.

The artist depicts the story of Cain and Abel. The sacrifice is shown on the Eastern splay while the murder is on the West.

A brief guide to the church is available for sale to visitors or by mail order. Please contact the Rector for details.

Click here to read a short history of St Edmund.