I am delighted to be joining Sarah and the people of West Kingsdown for the next stage of my ministry and look forward to getting to know the village over the coming months.

I was born and grew up near Wakefield in West Yorkshire, although on the journey from there to here I have lived in both China and the Falkland Islands! This is because for just over twenty years I worked for the Foreign and Commonwealth Office, which involved me in work overseas as well as in London.

My journey to ministry seems equally long: as a child I grew up attending a Methodist chapel and on leaving home at 18 floated around, not really feeling spiritually at home anywhere.

After living in China I realised the importance to me of being part of a church family and started attending my local church in Blackheath, where I was living at the time. Eventually I took the (for me) big step of getting baptised and confirmed all in one go and got increasingly involved in church activities. But it was another ten years before I started to hear God calling me to a different path and a further seven years before I finally reached the stage I am at now of being ordained a deacon.

My path to ordination may have been longer than some, but I do not regret any of it. Working for the Foreign and Commonwealth Office gave me some great experiences, such as visiting development projects in rural China and getting involved with governance and conservation in the Falkland Islands and South Georgia – as well as seeing penguins at first hand!

I also met my husband, Simon, through a mutual friend at work. Simon still works for the FCO although he is also heavily involved as an adult instructor with the Army Cadet Force, especially enjoying his work with them on the Duke of Edinburgh’s Award Scheme and any training which involves walking in the mountains, preferably Snowdonia.

I look forward to meeting people in West Kingsdown as I get out and about. I am very aware that I will have a lot to learn, both about ministry and about the village – so please stop me for a chat if you see me around. 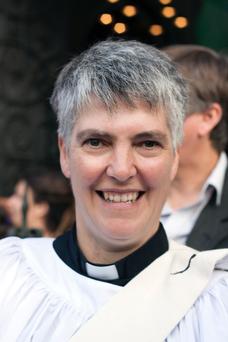